The Kronos banking malware family was first known to be sold in the underground market in 2014. It surfaced again in mid-2017 after being dormant for some time. Then, in April 2018 we saw a resurgence of Kronos in new avatar Orosis. Some security vendors reported its presence in September 2018.

Kronos Attack Vectors:
Kronos is known to be distributed via various attack vectors, some versions known to spread through malvertising. Some have also spread using phishing emails containing document attachments containing macros that can then download the malware. Some of the attachments are also known to exploit a Microsoft Word vulnerability CVE-2017-11882.

Packer Evolution:
The initial versions of Kronos were known to use the well-known process hollowing technique. This is a technique frequently used by malware to impersonate legitimate processes. The malware launches a legitimate process and replaces the the code in runtime with a malicious payload. The latest version of this seems to use a new technique very similar to Doppelgänging already analysed in this Malwarebytes blog. The concept was described at Black Hat 2017.

Technical Description of the Payload:

The malware creates a copy of itself into app data and maintains persistence by creating a run entry in the registry. HKCU\SOFTWARE\Microsoft\Windows\CurrentVersion\Run

It uses a technique called Web-injects. Web Inject is a man-in-the-browser-attack, a technique by which malware can manipulate the web page in the browser and display a custom web page. As an example, if a banking website displays username and password in the login page, the malware can modify the web page on the client side to have an additional field to enter ATM pin. Thus the end user gets fooled into thinking that the the original bank site is asking for their ATM pin. This kind of attack is effective against sites using SSL encryption too as opposed to man-in-the-middle attacks which only work on unecrypted traffic (unless a malicious certificate is inserted in the browser and accepted by the user). Kronos web-injects are very similar to those of the infamous Zeus family.

The trojan is then modularized and uses a configuration file which makes it easier to update the malware.

Some versions of Kronos are also known to steal and inject code into social networking sites.

Unpacked versions of Kronos can be identified easily as they have the “Kronos” string in them.

Latest versions are known to use TOR network and also have VNC modules.

Both Juniper Sky ATP and Juniper ATP Appliance on-prem solutions detect this threat as seen in the screenshots below. Keeping security solutions up-to-date can keep the customer protected against this type of threat, as well as others. 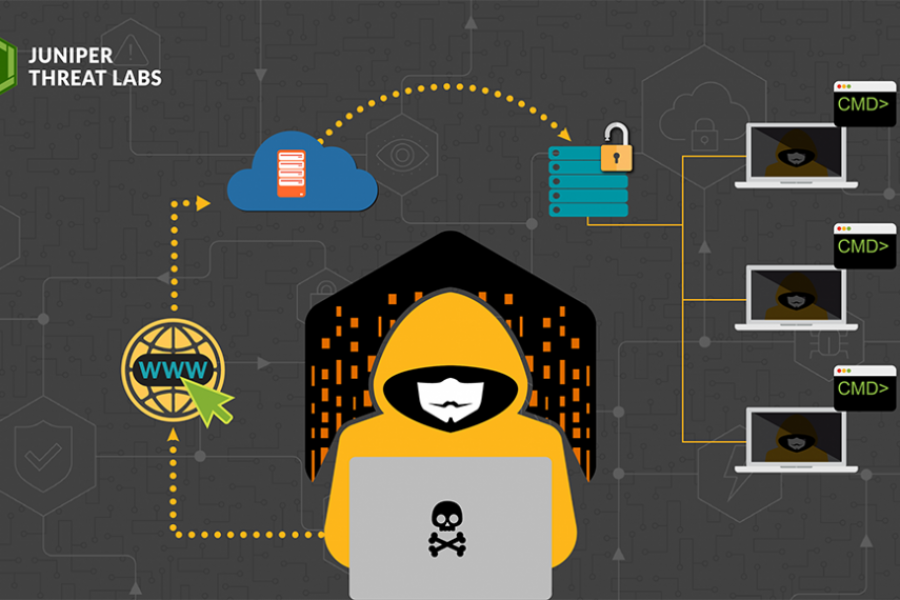