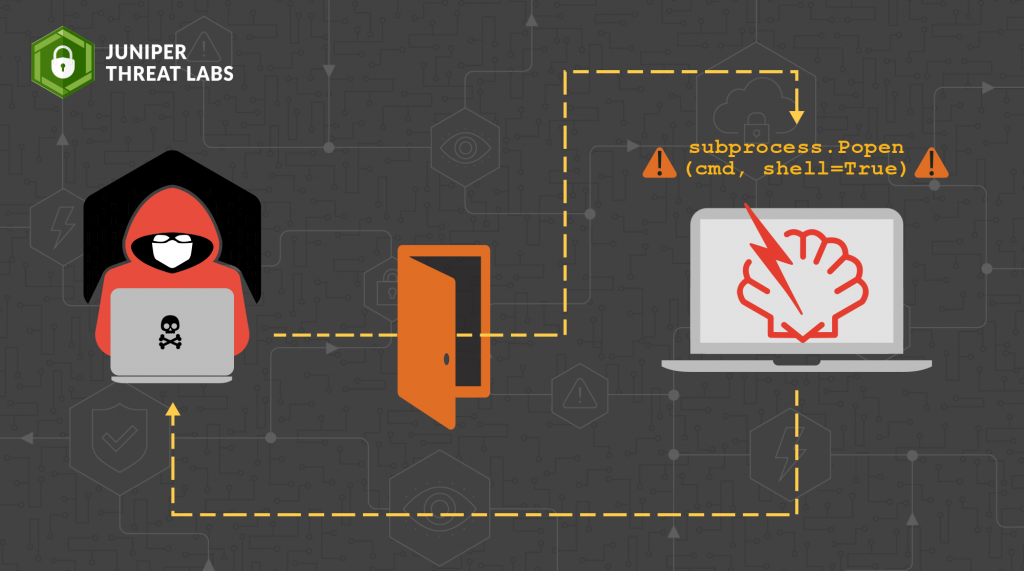 In October 2022, Juniper Threat Labs discovered a backdoor implanted on a VMware ESXi virtualization server. Since 2019, unpatched ESXi servers have been targets of ongoing in-the-wild attacks based on two vulnerabilities in the ESXi’s OpenSLP service: CVE-2019-5544 and CVE-2020-3992. Unfortunately, due to limited log retention on the compromised host we investigated, we can’t be sure which vulnerability allowed hackers access to the server. Nevertheless, the implanted backdoor is notable for its simplicity, persistence and capabilities, and to our knowledge has not been publicly documented until now.

ESXi is a virtualization platform with a lightweight UNIX-like host operating system and the capability to run many virtual machines simultaneously. While the virtual disk images for these VMs are stored on the ESXi’s physical disks, the system files for the host OS are stored in RAM and changes are discarded on a reboot. Only a few specific system files are automatically backed up and restored on a reboot. Among these is /etc/rc.local.d/local.sh, which is executed at startup. By default, this file is empty other than comments explaining and discouraging its use. In the case of the compromised machine we analyzed, the attacker had added the following code:

The first 7 lines prepend, in a convoluted fashion, a single line of code to /bin/hostd-probe.sh, a system file that is executed automatically when the system boots . This line of code launches a Python script:

The touch command in the final line of code resets the modification and access timestamps of /bin/hostd-probe.sh to those of a preinstalled system file, making it appear as though /bin/hostd-probe.sh had not been modified since the system software was installed or last updated.

There are a total of 4 files installed or modified in this attack:

While the Python script used in this attack is cross-platform and can be used with little or no modification on Linux or other UNIX-like systems, there are several indications that this attack was designed specifically to target ESXi. The name of the file and its location, /store/packages/vmtools.py, was chosen to raise little suspicion on a virtualization host. The file begins with a VMware copyright consistent with publicly available   examples and is taken character-for-character from an existing Python file provided by VMware.

The Python script launches a simple webserver that accepts password-protected POST requests and can be used in two ways: it can run arbitrary remote commands and display the results as a webpage, or it can launch a reverse shell to the host and port of the attacker’s choice. This server binds to port 8008 on the local IP address 127.0.0.1 and accepts 5 misleadingly named parameters:

The server first checks the MD5 hash of the provided password against a hard-coded value. If this succeeds, the execution path splits based on the value of server_instance. If the provided value is “local”, the server executes the value of operation_id as a base64-encoded command and writes the output to the browser:

If the value of server_instance is “remote”, the webserver launches a reverse shell to the host and port provided in envelope and path_set, respectively.

This contrasts with an ordinary remote terminal session like ssh, where an external user initiates the connection to a target machine in order to run shell commands. Using a reverse shell can bypass firewall restrictions and works even when the compromised machine is not directly accessible from the internet.

The sequence of piped commands is somewhat more complicated than the most common reverse shell invocations and is needed to work around limitations in the netcat version available on ESXi. Note that if no port number is supplied in the POST request, the default port used is 427. This is the standard service port for OpenSLP, the vulnerable service most likely exploited to gain access to the ESXi server and is another indication that this attack was crafted with ESXi targets in mind.

We previously noted that the malicious Python webserver binds to a 127.0.0.1, the “home” IP address that is only accessible from within the compromised machine. In order to allow remote access, the hackers changed the configuration of the ESXi reverse HTTP proxy. The configuration file, /etc/vmware/rhttpproxy/endpoints.conf, contains a number of mappings from pathnames to network ports, such as:

This line instructs the reverse proxy to forward to port 8307 any external requests to https://<server_url/sdk/*. The attackers appended the following line to endpoints.conf, allowing external access to the malicious webserver:

Because /etc/vmware/rhttpproxy/endpoints.conf is also among the system files that are backed up and restored automatically, this reverse proxy configuration is persistent.

Please see VirusTotal for vmtools.py and local.sh. The hashed password in vmtools.py has been redacted because it might uniquely identify the compromised server, so that file’s hash should not be used as an IOC. The modifications to hostd-probe.sh and endpoints.conf are shown in their entirety above.