The SD-WAN of Things

This blog was originally published to the 128 Technology website – in 2020, Juniper Networks acquired 128 Technology. Learn more about the acquisition here.

OK, maybe you’re tired about the whole “Internet-of-things” scene, with all the publicity that’s come along with the advent of 5G, but this is a serious application.  One thing that’s been distorted by all the hype is the way that IoT will end up getting connected to the company VPN.  It’s not, in most cases, a matter of giving each IoT sensor and controller a private mobile connection.  It’s really about SD-WAN.

It’s a major mistake to think about IoT as a bunch of roaming sensors.  When real businesses talk IoT, the thing they’re most often talking about is either industrial IoT or smart buildings or facilities.  In nearly all these cases, the sensors and controllers involved are collected in a series of buildings, and can be connected using wires, WiFi, or some IoT sensor/controller protocol like ZigBee.  Most companies will adopt 5G for sensor access only where no traditional technology will serve.

Then there’s the details.  “Connected” here means “on a network”, not on your company network.  How do you actually get IoT connected to applications?  That’s the question we need to answer to make IoT a success.  To answer it, we have to look at how IoT devices relate to networks, and then how the network could connect them to applications.

A facility that contains IoT sensors and controllers is most likely to look like one of two things—a branch office populated by things instead of workers, and a “work-from-home” application where what’s working is a collection of “things” and where “home” is essentially anywhere you can get a broadband connection.  Both of these connection scenarios can be connected to a company VPN by the right SD-WAN implementation, one that can support a large number of user sessions and a wide range of facility sizes.

The applications that IoT sensors can connect with will vary, both in the nature of the application (industrial control, facility management, security) and with the way the application has been designed.  It’s increasingly popular to use “edge computing”, cloud computing, or a combination of the two, between IoT sensors and the core business applications running in the data center.  The right SD-WAN can provide connection to all these application options, all the possible divisions of application components.

The obvious question here is what, exactly, makes an SD-WAN the right SD-WAN.  The answer might seem to be “one that supports both the device- and application connection models” as just described, but the real starting point goes back to the applications themselves, and to what makes IoT different from worker-driven transactional applications.

The first difference is that IoT is about events and worker empowerment is about messages and transactions.  Events are signals of conditions or condition changes, and processing an event means defining an appropriate response and sending it to the proper controller to influence the real world.  It might open a gate, steer a warehouse vehicle around something, or insert a part into a chassis on an assembly line.  This event-to-control relationship is usually called a “control loop”, and it’s often so latency-sensitive that local intelligence in the form of edge computing is deployed to keep delay under control.

But it doesn’t stop there.  Most IoT applications are really layers of interpretation.  There are things that have to be done right where the sensors and controllers are installed, but those things are linked to other tasks, some of which may be additional events (move the assembly line) and some of which may be transactions (relieve inventory for the item you’re installing).

One little sensor event can actually generate a whole series of interlocking control loops, loops that link a distant facility to a data center, turning an event into a transaction and correlating both.  Often these interlocking control loops and transaction workflows, and every one of these is a critical piece of the IoT application.  To make matters even more complex, there are no workers in these loops to complain about issues or delays—the system, if all those pieces and flows don’t align, just breaks down.

And then there’s the scale.  A branch office might have between a half-dozen and several dozen workers, but a smart building could have hundreds of sensors and controllers, and an industrial control application could have thousands.  Each control loop and each transaction that’s linked to an IoT application is another network session.

That’s why the “right” SD-WAN is one that’s session-aware.  128 Technology has based its SD-WAN architecture on session awareness from the first, and it brings two compelling benefits to IoT applications.

First, session awareness means that 128 Technology SD-WANs don’t push packets, they connect sessions.  Every one of those control loops is a session, and so are all the transactions generated by them through intermediary steps like local controllers or edge computing.  Every session that passes through a 128 Technology node is identified and handled according to the policies established for it.  Whatever special handling is appropriate to a control loop or transaction that enters the company VPN through a 128 Technology SD-WAN, it will be applied consistently and monitored and logged as required.

Second, session awareness means that 128 Technology SD-WANs don’t have to build and sustain an overlay network in order to pass traffic in and out of the company VPN.  Instead of needing a rack of servers to terminate SD-WAN in the data center, a single appliance can serve.  This is what lets 128 Technology support the enormous number of sessions associated with IoT control loops and transactions.

Finally, 128 Technology SD-WANs don’t require one network for IoT and another for workers.  Worker empowerment and IoT applications that are generated in the same place can be supported on the same connection, and session policies will ensure that delay-critical control-loop traffic isn’t stalled by competing transactions, videoconferences, and backups.

Machine-to-machine communications and machine-to-transaction evolution are essential parts of an automated solution to complex manufacturing and warehousing problems, and also critical to industries like healthcare.  It’s because they’re essential that they have to be integrated with the rest of business information technology and networking.  128 Technology does that in a way that no other SD-WAN can duplicate. 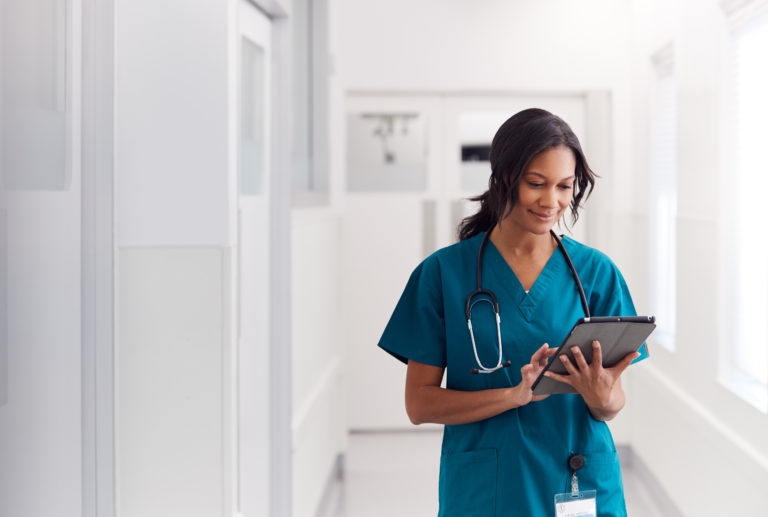