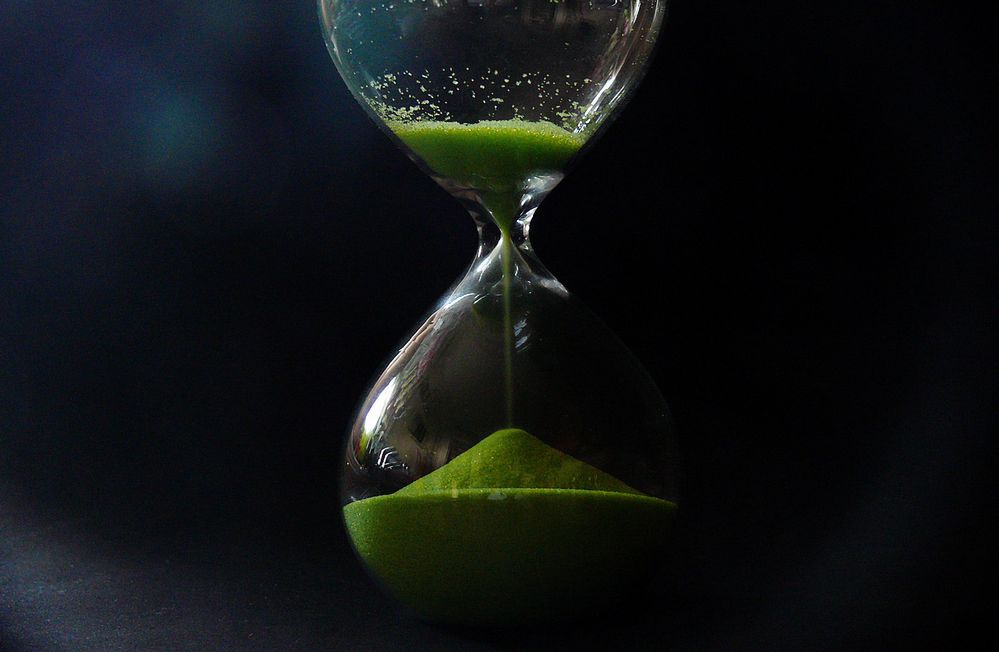 The first African-American president had been sworn in, the king of pop had just passed, @realDonaldTrump had taken to tweeting, and Avatar was about to smash box-office records, but what I remember about the summer of 2009 is the dawn of software-defined.

Looking forward to tapas and sunglasses, I landed in Barcelona to present at SIGCOMM on what was then a niche topic: network programmability.

I was feeling good about my presentation on Service Creation with the Junos SDK (now known as JET). I’d trained many people on it, so I knew everything from its use cases to APIs like the back of my hand. Gung-ho, as I shook hands with people in the room, I was greeted with enthusiastic faces.

A decade later, I don’t remember the talk. I do remember its Q&A. Raised hands eclipsed my talk with many questions comparing our SDK to a similar demo and presentation from the day before that I had missed. Well I’ll be damned. I had followed—you guessed it—OpenFlow.

For me that was SDN’s big bang moment. The ensuing unbridled enthusiasm for OpenFlow percolated up from this academic setting into a frenzy of new foundations and projects, controllers, APIs, and a smorgasbord of overlay and control protocols. As the networking industry was soon flush with SDN startups, many established players SDN-washed anything that resembled software, and soon that spread to a software-defined movement that impacted all things infrastructure.

Back then, “en primeur” SDN looked like a dicey proposition, but its preteen years have seen it mature in the data center and WAN. Today, software-defined is almost a norm, expected to be poured into all places in network, to keep up with the operational reliability and speed demanded of these times of cloud-charged disruption.

As multicloud infrastructure, the new IT platform, permits and needs greater automation, digital operations teams are impelled to a new status quo: software-defined and AI-driven. While we still hear of SDDC, SD-WAN and SD-Branch, expectations today are that all places in network are ruled with software. And soon, if not already, that software must be AI-fueled for smarter AIOps and reliability engineered like DevOps.

Putting aside expectations and buzzwords, let’s objectively look at how SDN is moving along. 2019’s litmus test is a far cry from the old standby of control and data plane separation.

How is SDN Evolving in the Open? 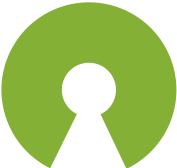 It’s impossible to write an account of SDN without giving meaningful consideration to openness.

In some enterprise engineering teams, closed and proprietary solutions are contraband, but when it comes to SDN, there few open-source projects simple enough to operationalize right off the shelf of GitHub or DockerHub. Commercially available products still carry the day, but a predilection for open source hangs heavy in the air as it brings the benefits of a community for discussion and sharing of automated workflow tools, frameworks, tests and playbooks.

While open source can introduce economies of multi-vendor engineering, testing and co-creation with code-savvy customers, it’s not replacing open standards. If such a replacement is looming, it’s narrowly in the cloud-native space of securely connecting Kubernetes application clusters and service meshes. But where SDN meets hardware top to bottom, and where multiple SDNs meet to federate and span domain boundaries end to end, interoperability isn’t yet forged in open source. Multi-vendor interoperability and multi-SDN system federation hinges on open standards-based protocols, especially those truly proven and widespread standards.

Interoperability prevents technical debt and increases customer freedom. However, customer freedom is an unlikely strategy for the largest vendor incumbents, which is why we still see some rival SDNs bound to vendor hardware and vendor workload orchestration systems.

Interoperability should also not be confused with overlays which are merely agnostic to what IP network on which they ride. Overlays provide separation of concerns, and like interoperability, they afford a way to insert into brownfield environments. But without interoperable network boundaries, overlay SDN solutions are islands eventually destined as technical debt, the ball and chain to IT progress.

SDN openness may be in various shades of optional, but everyone understands security is a must because from the network engineer to the board of directors, people today are acutely aware of the specter of security breaches and attacks.

Whether it is multi-tenancy, micro-segmentation, mutual identity authentication, or secure SD-WAN based on next-gen firewalls, in software development and network development security has shifted left, moving it earlier on the timeline of project considerations. Infosec used to be a rubber stamp at the end of projects, now security is foundational and a first priority.

With the progression of SDN, instead of only traditional secure perimeters, network security is now getting measured out in course- and fine-grained means for multi-factor defense in depth. And in the race against advanced and automated threats, software-defined systems have also made it simpler to manage security policies and automatically enforce them by applying protection within the network faster than ever before.

How is SDN Evolving Automation?

In the aftermath of the early SDN hype, the industry experienced progression on the front of orchestrating operations and regression from the focus on automating them.

The evolution of controllers made automation turnkey, focusing on what instead of how. In data centers, the dynamic machinery inside of the network was automated in step with workflow orchestrators like vSphere, OpenStack, and today, more so Kubernetes and OpenShift. In the case of SD-WAN, orchestration meant dealing in zero-touch branch onboarding and choosing WAN policy levels for application traffic. Automation to regulate traffic steering across the hybrid WAN uplinks was baked in.

These are oversimplifications of SDN applications, but across SDN domains, the common thread is that 1. control is centralized and abstracted above the device level to span a distributed fleet of infrastructure; and 2. controllers automate workflows, orchestrating, reducing and simplifying steps. The industry attention spent adapting to software-defined has, until recently, been mostly about these benefits of moving from commanding device CLIs to orchestrating controller GUIs. But orchestration implies automated networks, and changes nothing about automated network-ing. Automated network operations (NetOps) is the next frontier.

While workflows are leveled up and centralized with SDN, so are workflow APIs, another key aspect of SDN systems. With this, there is also the possibility to automate NetOps: evolving to automated testing, troubleshooting, change controls, service-level indicators, and service-level reliability. This is an area of network automation focused less on the automation technology inside software-defined networks, and more on the processes and people that will software-define operations.

In this transformational movement that network engineers have dubbed network reliability engineering (NRE), a subject we at Juniper have promoted a good deal, technology also plays an important role. SDN systems are important so that engineers are building on SDN abstractions and workflows and doing so with centralized APIs instead of down at each device.

Analytics and AI Are Driving the Future of Automation 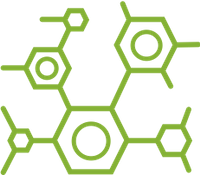 Big data analytics, machine learning and AI are certainly sensationalized, but that’s because they show promise. If they can be applied to customer trends, voter preferences, and many other fields with complex data points, they can also be applied to IT. A prerequisite to this is already found in SDN systems: a central point of management. And networks are teeming with data to be centrally collected and processed.

Many SDN systems already incorporate telemetry, analytics and some of them leverage AI. If they don’t, you can bet it’s on the roadmap. And analytics and AI are important ingredients in automation, both within SDN systems and for improving the operations-contextual automated NetOps on top of SDN.

Since Juniper just acquired Mist, a timely example is the AI-driven Mist Cloud. Combining data points from Wi-Fi and BLE radio, wired, and wide-area networks, the Mist Cloud software uses AI to crunch location-addled degradations and dynamics. It’s able to stabilize network reliability and raise user experience problems, even outside of the WLAN. On the NetOps side of things, Mist’s AI-powered assistant, Marvis, smartens up the human touch and mitigates mistakes.

Another example is found in network reliability engineering. In the data-driven SRE and NRE culture, you can’t manage what you can’t measure. Many SDN systems have higher-order reporting, metrics and centralized telemetry APIs, aiding in the creation of service-level indicators (SLIs). SLIs are important because they map to objectives about the stakeholder-oriented service levels instead of SNMP or metrics that are meaningless to those outside of networking.

NREs also manage errors and outages by automating around them for continuous improvement. As SDN systems begin to incorporate AI-powered predictive analytics, NREs can use those signals to better uphold service levels with automated proactive steps to complement reactive remediation.

Clouds are in the Forecast

The cloud is replete with as-a-service IT offerings, but many SDN systems are still “shrink wrapped software” as downloads to run on premises or in private clouds.

Many networking teams would like to use or at least evaluate SDN, but jumping headlong into unboxed software like SDN is not accessible to smaller networking teams when they have the added work of learning to run and maintain SDN systems. For this reason, cloud-delivered SDN offerings are kindling more SDN adopters. This week, Juniper announced that it is taking its SD-WAN solution and launching the option for Contrail SD-WAN as a service.

Cloud-based SDN for all domains of networking seems interesting but won’t be right for all customers nor all use cases. Cloud-based data collection comes with mixed benefits and drawbacks.

For some, sending telemetry data to the cloud may be prohibited or prohibitively inefficient, especially in cases where certain telemetry requires a quick reaction. On the other hand, to the cloud’s benefit, if many networking teams don’t have the means to operate SDN, then they surely don’t have the means to run sophisticated analytics or AI systems on premises. A cloud service solves for simplicity. It also solves for quicker vendor innovation cycles and smarter processing because the economies of scale for data storage, analytics and now hardware-assisted AI processing based in the cloud are enormous and incomparable.

In summary, the first software-defined decade has been spectacular, and seasoned solutions are seeing a lot of production. Now, with so much contributing to SDN’s innovation and reinvention, I look forward to the next odyssey and seeing what will define software-defined. Drop a comment below to share your own anticipations. 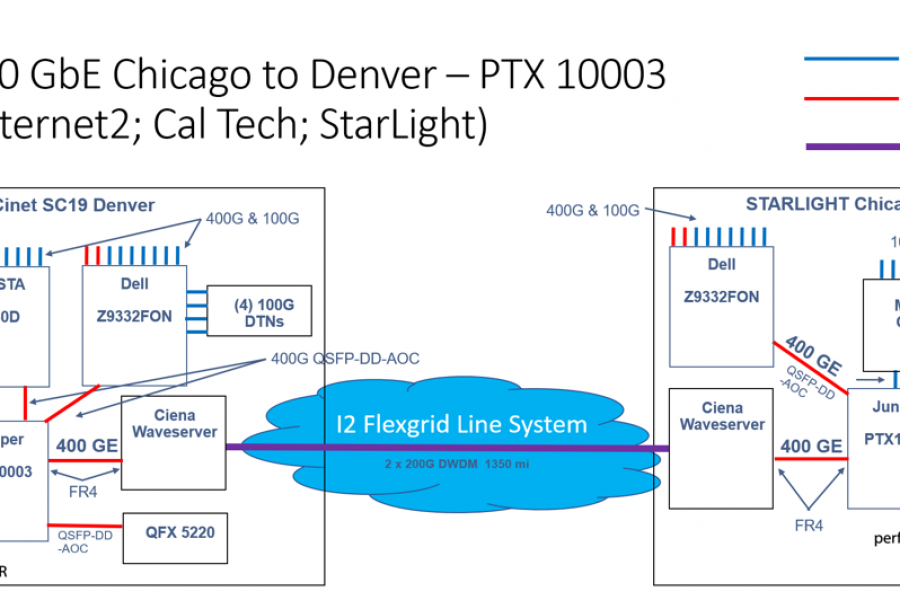 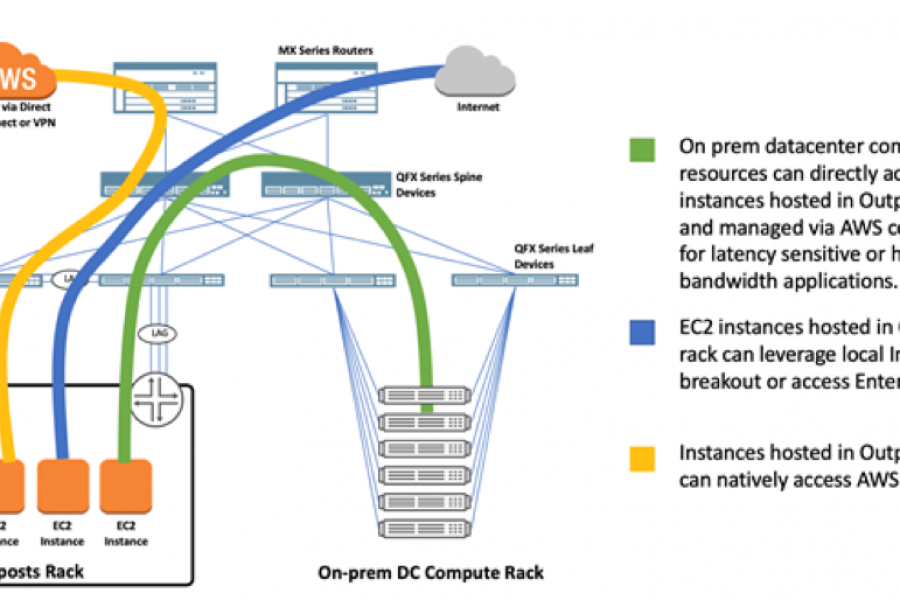 AWS Outposts in a Juniper QFX Based Datacenter
December 19, 2019
by Chris Spain